Zander and Mara After the End

Zander looked out across the rocks along the shore and watched the waves crash over the rusted hulk of whatever anonymous ship had met its end here. A storm was brewing further out to sea. He would need to head back to their shelter soon, but for now, he could just sit and absorb this peaceful moment. He raised a chipped mug, the emblem of Stanley’s Roadside Cafe emblazoned boldly across its face. It seemed a comforting place. Filled with warm pancakes and happy, bosomy waitresses, always happy to pour you a cup. Of course, like most things, he suspected it was long gone now. He drank deeply from the warm tea she’d prepared for him and not for the first time pondered how she’d selected the leaves that went into it.

He wondered briefly, warily, if that was how he was to meet his end one day. He’d be sipping some delicious concoction while staring out across the water and choke on his own tongue from some poison she’d inadvertently selected. Then, he chuckled. He needed to leave those thoughts behind. Those were thoughts that belonged to the world before. They belonged to the world that existed before the virus, and before the bombs. In those days it was hard to find moments like this, moments of quiet. Now, it was almost all he knew. Anyway, there were worse ways to go, weren’t there?

He sensed her long before she arrived. It was peculiar the way his senses had grown since the noise of the world had quieted. It wasn’t exactly that he could smell her, though that was probably part of it. He hadn’t really heard her either, though she probably made some sound as she descended through the trees. It was almost as if all the familiarity of “her” coalesced into a warm ball that entered his peripheral vision as she neared.

So, when she sat down on the rock beside him, and gently rested her head against his shoulder, he didn’t flinch. No greetings were exchanged. He just accepted her warm presence and leaned his head against hers for a bit before continuing his vigil. She’d brought her own cup of tea with her, and they simply sat in silence until they’d both finished. The storm was tossing fourteen-foot breakers against the rocks. Even at this distance they could feel the occasional mist from the waves on their naked skin. That was one of the few perks of the new, remade world they lived in. When it wasn’t terribly cold there was scarcely a need for clothes.

He glanced over at Mara, noting the heavy swell of her breasts and the way her nipples stood out, firm and proud. She set her mug behind her, then shimmied down and lay gazing up at him with her head in his lap. She smiled as he drank her in, then closed her eyes as his hands wandered over her. He continued watching the waves for a while, stroking her hair as he took in the view.

Then, he watched the sun play over her body and the way the shadows from the scrub trees danced on her warm skin. He reached down and caressed her breasts, taking his time with each in turn and pinching her nipples hard enough for her to gasp. His cock had begun to harden, and she turned her head, wanting to take him in her mouth. He took a firm hold of her hair and held her in place. Her eyes fluttered open, and she smiled up at him before closing them again. This was a fun game. Several miles out, lightning flickered vaguely in the sky.

He reached down and glided his hand over her legs, taking his time to wander over every inch. Mara was not what most would call a “classic beauty”. She had the most deliciously thick thighs and they flared out right at her waist. She had an ass that seemed purpose built for spanking and he resisted the urge to flip her over and paint her bottom red.

This was supposed to be a quiet morning. Yet, here they were…again. Later, they’d enjoy the quiet he decided as his hands wound their way through her bush and teased her lips. She’d found a way to turn her head again, and he growled as her tongue flicked across his head. He pulled her back in place as she looked up, then smacked his cock wetly across her lips. She smiled like a naughty little brat and he couldn’t help but return her grin before smacking her again. This time, he ran his fingers up his cock, drawing a fat drop of precum to the tip, which he fed to her as his hands crept lower again. She accepted it gratefully before turning her head back where it belonged and closing her eyes again.

Mara was short, and it wasn’t much of a reach for Zander as he slid his fingers along her inner lips, curling them inside of her sopping wet cunt before drawing them up to nudge her clit. She moaned soſtly. He continued at this pace for a while, occasionally glancing up at the storm as the thunder grew louder. Mara seemed unaware, arching her back and moaning with increased urgency as he gradually increased the pressure of his touch. She placed her hand over his, gently guiding him, putting his fingers exactly where she wanted, but each time she began to tremble he’d pull back just slightly and tug on her dishwater blonde hair with his other hand.

He removed his hand, then slapped her clit.

“Aghh!”, she cried out a smile crossing her lips.

He waited until the storm was almost upon them to let her come. Her cries joined those of the fleeing gulls as the first fat drops of rain cascaded down onto the rocks.

The rain was cold on his skin. He’d intended to simply come down her throat, like she usually wanted in the morning, but there was something about the storm that left him wanting more. It was as though the lighting had crawled beneath his skin.

The rain was steady now, turning the soil around the rocks to mud on their cliffside perch. She cried out one last time and collapsed, gasping against him. He looked down at her gorgeous blue eyes as her lips sought his cock. He wrenched her around then, crawling out from beneath her and pushing her head down against the mud. They were both going to get very dirty. She gave him some resistance, squirming around, but that only served to muddy her hair further as she glanced back at him over her shoulder. He smacked her ass hard then, over and over until that smirk turned needy, and he had to pull her up, by her hair out of the mud.

She braced herself on her elbows and arched her back toward him. He knew that she wanted to get fucked. This time, he decided he’d give her exactly what she wanted, and slammed his cock inside of her. She fucked back against him as the sound of their bodies slapping hard together blended with the thunder and the pouring rain all around. He grabbed her hips for leverage and thrust as deep as he could, pounding in and out of her. Occasionally, he’d thrust hard enough that her arms gave out and she tumbled into the muck. Then, he’d pull her up by her hair so that she could steady herself again before he thrust into her once more.

The wind and the rain were swirling about them when he came, the lightning flashing close as he emptied himself deep inside of her. He growled as he thrust, fingers digging hard into her hips.

When he’d finished, he took hold of her hair and pulled her up as he stood. Then, he crushed her against him and stroked her hair as the rain washed the mud from their bodies. She was shivering as her arms encircled him, He gathered her up in his arms and hugged her close to warm her for a moment. Then, they picked up their mugs and hiked back up to their cliffside palace further up the hill. Zander smirked, still not believing their luck. They could not possibly have afforded anything like this before. Not even close. Now, it was free for the taking. 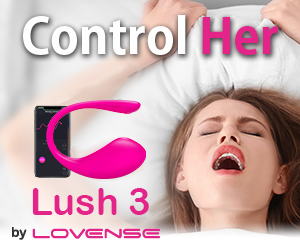